Last Saturday night, I went to a Punk Rock concert. I felt like I was back in high school or my early college years. It was in a location called The Wall Live House. It was an underground venue with lights, crowds of people, a mosh pit, and of course the band.

The band's name in English was  “Wayne's So Sad.” I can only assume that the music may have been sad as well, but unfortunately for me, I do not know that much Chinese. I was later told the band could be named after the lead guitarist, Wayne. Not knowing much Chinese, I stood, took some pictures, and enjoyed the Punk Rock performance. 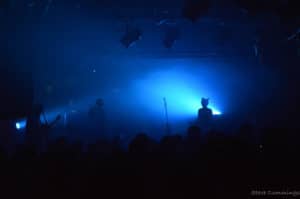 The band was comprised of a female key board player, a short guy with a long beard as a the lead guitarist, a young looking guy with a red bass guitar rocking it like Sting, a kick ass drummer, the other guitarist (not much to say about him), and of course the lead singer.

The singer was a tall slender individual that had the resemblance of a younger version of Tyson Ritter, the lead singer of the All American Rejects. He had long flowing black hair, with an aura of confidence. His stage presence was noticed, and the people would cling to him as if he were Paul McCartney. He even ventured off the stage a couple of a times as the masses bombarded him with fandom and camera phones in his face. 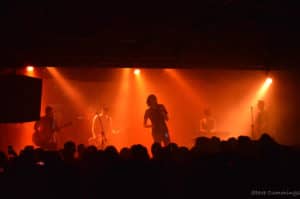 I have to admit, I have been to other concerts. I have seen the 80s cover band “16 Candles” in Chicago. I have seen Blink 182, Dave Matthews, and the Avett Brothers. “Wayne's So Sad”  barely had a stage presence that could touch these bands, but it was still fun to be there.

This was a great experience. I guess I wanted a little more. I will have to admit that this was just an underground Taipei Punk Rock Band that has a small following, but I could see them grow one day.  They were good. The music sounded great, and I had a good time.

What more could I ask for on a Saturday night. I hope to see them again.

On a Saturday night in Taipei, there could be a million things to do. I chose to watch a Punk Rock band called “Wayne's So Sad”. What did you do last Saturday night?

* Affiliate links. If you click on a link and do business with these companies, we may earn a small commission.

* Affiliate links. If you click on a link and do business with these companies, we may earn a small commission.